To claim what’s not yours is an act of misplaced aggression. To continue to want to grab what has been settled by international arbitration is a show of contempt for the rule of law. To decide on one day you will use this decree and next day use another in efforts to push an agenda which is known to have no moral and international premise and support among right thinking persons within your country is a sign of desperation. All 83,000 square miles and the Exclusive Economic Zone (EEZ) prescribed by the United Nations Convention on the Law of the Sea in relation to Guyana remain ours! President Madura’s failure to provide basic amenities for the citizens of Venezuela has angered his people, resulting in series of protest action and widespread discontent.

The President’s failure to properly address domestic affairs has seen him turning his personal aggression against Guyana and other sovereign nations. The intention of President Madura’s act is to rally the citizens of Venezuela against Guyana and others with a view of diverting attention from his failed economic policies. The continuous threat by Venezuela has had negative impact on this country’s development. History has shown that we lost the realisation of the Upper Mazaruni hydropower development under President Linden Forbes Sampson Burnham government because Venezuela was claiming Essequibo which scared off investors and bankers.

Today we are confronted with President Madura’ act to stymie the production of oil which will help to build a vibrant economy, that can create thousands of jobs for Guyanese, improved and expanded social services and infrastructures. Together this means economic development for the society and steep reduction in poverty. The act of economic aggression by President Madura is intended to circumscribe our sovereignty by making us dependent on Venezuela who will play a significant role in determining our national programmes.

For President Maduro to be the aggressor and when we stridently respond to his aggression he becomes offended is a reflection he does not understand that Guyana is a sovereign nation and has a right to defend its territorial integrity. Guyanese are required to first and foremost recognise that we too have a country that we call home and it for this reason we must protect and defend every inch that belongs to us, by remembering it is not what country can do for us but what we can do for country. Let us cooperate for Guyana and resolve to fight together. Yes we can! 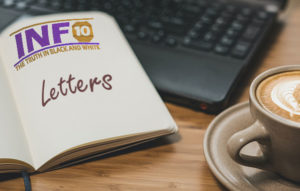 Dougie was a remarkable human being