I cannot tell you at what point in history did the single parent household started. Many sociological searches might draw a conclusion as to when this “trend” might have begun, but nothing too definitive would be derived at all. Its origin would be forever disputed. But I am not hear to speak on its origin, its direction, nor its importance or lack thereof. The growth of the single parent household amongst young parents are alarming.

From the moment of conception, our babies speak to us. The mere fact that fertilization took place after the sperm touches the egg, is a representation of our babies calling for us. Since communication is a two-way street, it can be logically concluded that our babies respond to us asking for them to be in this world (through the sexual reproductive process), by being manifestly present thereafter. Even though our babies cannot speak at this point in time, imagine what they would say to you if they knew that you were about to abandon their mother for whatever reason (s).

No doubt, we all go through problems. Nobody is perfect and thus; it makes us prone to falling short in our daily life. Shortcomings are practically inevitable, a fact we must admit to. These days, young people break up for almost anything. I know this one girl left her baby’s father because he went to a dance and was spotted dancing with another female. I am not here to condone the act or justify the wrong of the father in this case, what I am pointing out is the weight of the two actions and its implications on the life of the young child. Can the problem not be sorted out? Imagine the child being force out of a stable home because mommy and daddy could not have done what a normal, functioning adult couple should be able to do, that is, work things out.

Psychologically, this is equally damaging to the child. For the child, growing in a household headed by a single parent may assume consciously or subconsciously that it is okay if both parents, for whatever reason (s) are not present in the home. Keep in mind too, that sometimes, as is the case with my family, the parent is left with more than one child. Isn’t that crazy? Imagine having about three boys all growing without their dads. If two of them think that what their father did, even though not good, is okay or acceptable, they can then replicate daddy’s action to about two to three other girls between them, or even more. Is this the message we want to send to the kids we beget that we cannot sociably take care of? This is just some of the strain we leave for our kids when we abandon the household we create.

What’s even worse here is that, depending on which parent is deliberately absent from the household, it messes up our children’s growth in a variety of areas. For example, a father’s character in the house may represent to a girl child the qualities to which she will look for in a man when she is ready for relationship (s), however, with a father not there, she is ‘clueless’ to some sorts as to what she is looking for in a man and may not quite well, choose the best lot of men for spouses. The same goes for the boy child on the reverse (absence of the mother). Is this the kind of children we wish to bring up? Is this the future we speak of when we say “children are the future”?

Please do not misrepresent what was presented here. It is not to say, I should remain with my spouse for the sake of the child regardless of his/her abuse towards myself or the child – in all regards if that is the case, leave. It is also not to say, that children grown in a single parent household are all broken, no. Some gems of this earth were brought up singlehandedly by one parent – I can think of my baby sister as one such child. In some cases, children grown without either parents are gems of this earth too, Stokeley Roberts, my friend, is another such gem. The idea behind presenting a case as outlined above is to bring to the forefront the effects of abandoning our child or children on them and the community at large, for studies have shown that boys grown in single parent household headed by their mothers are also most likely to be involved in criminal activities as well. 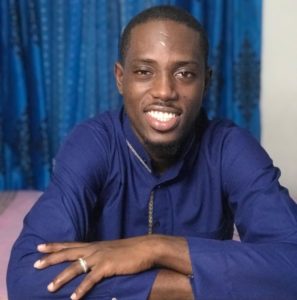 Why reading is still important in the 21 Century