It is not everyday that a youth who was born and bred in the Upper-Berbice community of Kwakwani, gets to attend a high-ranking university in the U.S.A. For Sasha Wilson, this once-in-a-lifetime opportunity, will be used to bring recognition to her country, her region and most  importantly, her hometown. The 18-year-old former resident of Kwakwani, migrated to the U.S.A in 2018 with her family, while in her fourth year at the Mackenzie High School (MHS), in Linden. In 2014, she showed the rest of Guyana that despite the gap between the standard of education rolled out in the hinterland and the coastland regions, students in the hinterland can succeed, if they put their minds to it.

She had topped the Kwawani Primary School in 2014 at the National Grade Six Assessment (NGSA) with 488 marks and was awarded a place at MHS.   After her migration, Sasha remained on her quest to triumph and did so throughout her high school tenure in New York.

As a result of her success, she was later accepted into 11 high-ranking universities in the U.S.A. She however settled for Buffalo University, where she will pursue Biomedical Science.

Reminiscing on her challenges and family struggles as a resident of a hinterland community and as an immigrant, Sasha said she will use this opportunity to give back. Being the fifth of five children, Sasha  saw first hand the struggles her parents faced  to raise and educate their children and she was determined to pay them back with academic success. ” I remember from a young age, my mother used to teach me and always provide me with books. I am forever grateful to her for setting the foundation of my knowledge,” she said.

Her first payment package was to top Kwakwani Primary at NGSA. She then commenced a tumultuous journey, though it was short lived, at MHS    “At first I was nervous and thought I couldn’t make it, this called for some adjustments in my life as I was going to be away from my immediate family members.”  For the first term’s assessment, Sasha copped second place, and this to her was beneath her ability.  “If I can get second, then I can get first, so I began working towards this and from then onwards, that’s just what happened,” she said.

She began her medical career in the Science stream . Science was always her favourite subject and this is what she pursued when she migrated. Upon her migration, the native of Kwakwani remained focused on her goal and that is to achieve academic excellence. This  would land her a six figure job, which would assist her in paying back her parents, for all their sacrifices over the years.

Sasha was chosen to sit the Scholastic Assessment Test (SAT), because she was an A Grade student and not surprisingly, she obtained a 4.0 Grade Point Average (GPA).  She then commenced the lengthy college application process. While considering what topic she will use for her essay, Sasha thought it best to narrate her experience as an immigrant and how she was forced to adapt to living in a first-world country.  . “How can I write a perfect essay without

the perfect topic?” Sasha questioned. “I decided to base my essay on my migration and it turned out well.” As expected, Sasha was accepted into 11 universities and her final choice was Buffalo University. She made this choice because Buffalo has an excellent pre-medicine curriculum, it is diverse and also cost efficient. She commenced her first semester in August and is looking forward to creating history in her faculty over the next four years. Her advice to hinterland students, “It is not where you start, but where you put your mind to end.”

1 thought on “Young Kwakwani teen accepted by 11 prestigious universities in the U.S.A” 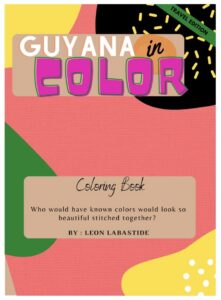 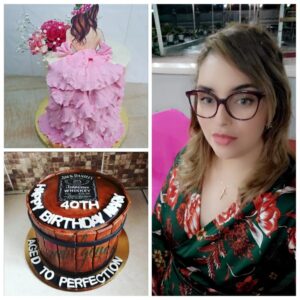