Dexter Copeland, on a mission to take Guyana’s film industry to another level

Best known for his much-admired, modernized, and artistic production of short films and music videos in Guyana, is Dexter Copeland also known as ‘Director Dex’; a young videographer, director and producer, who is on a journey of fulfilling his purpose in life through his craft.

Over the past four years Copeland who hails from Wismar Linden, has been utilizing his millennial traits of being tech-savvy and creative, to tell stories of this kaleidoscopic world and the people in it.

“A lot of people do not pay attention to the harsh realities that go on in Linden and Guyana as a whole. So since everyone is caught up with technology, I will take the story to them so they could be captivated and inspired to go out and make society better,” Copeland told INFO 10

While growing up, Copeland always had an interest in visual art, which he refers to as  acquired love. However, he later learnt that the love was hereditary, since his father and uncle were photographers and videographers. They owned the first media house in Linden.

After graduating from high school in 2014, Copeland began doing graphic designing. He then ventured out into the fields of photography and cinematography.

In 2016 Copeland directed and produced his first short film called ‘Vendetta.’ The film premiered during a watch party hosted by Copeland and got maximum feedback from viewers. This made Copeland realize that he had real love for film making and that he actually possesses the skills for the industry; together these two drove him to produce great things on film.

He was then motivated to enter more short film competitions,  many of which he came out as the winner.

However, the turning point of Copeland’s career occurred when he entered and won the Digicel Youth Pan Caribbean Film Competition in 2019. His winning piece, ‘Journey’, captured the life of an impoverished man whose good-deeds and talent made a way for him to become successful.

This gifted him with the opportunity to attend the inaugural International Film Festival in Turks and Caicos where he joined film master classes and was schooled about the film industry by high ranking producers and directors including Producer of ‘The Fast and the Furious,’ Neal Moritz.

This occasion was astronomical for the 22-year-old and he used it to his advantage to mold himself and by networking locally and internationally, which he says is important to do in the film industry.

“Me going there was not to get famous, but to hear the stories of high ranking producers and use those to maneuver around all obstacles that may arise and to better my craft,” the youth told this magazine.

“I like taking advice because there are people who are more experienced than me and have been around for years so I learn a lot from the older folks. They have been through all the trials and tribulations, so the best thing to do is to be humble and learn from them,” he stated.

Meanwhile to Copeland, being a millennial means being curious which pushes innovation and advancement. It also means for him, “being different which gives you an advantage in today’s society.”

Aware of Albert Einstein’s quote, “Failure is success in progress,” Copeland told INFO 10, that his next five years will involve “failing, learning and growth.” For the next five years the rising star will continue to work on himself by networking and developing his craft, while making space to possibly own one of the best film studios in Guyana.

The young man’s advice to aspiring artists is to “sail forward, be positive and just try.”

He added “the first thing you have to do is try and with trying comes failure. You go at it with an open mind. Remember everything in life takes time and you may fail many times but there will be a time where you will win and that will cover for all the times you failed”

Copeland is also an entrepreneur, photographer, musical artist and humanitarian, proving himself to be a gem said to take Linden and Guyana places. 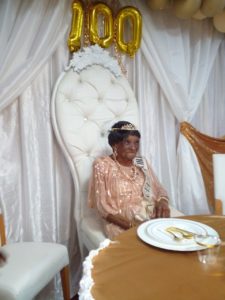 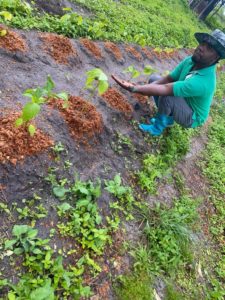 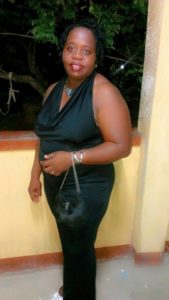