The $552.9 Billion National Budget presented to Parliament on January 26 was on Wednesday passed in Parliament following approval of the Appropriation Bill 2022 (Bill No. 1 of 2022) and the Fiscal Enactment Amendment Bill (No. 2 of 2022) and conclusion of five days of debates along with four days of Committee of Supply meetings. During these periods, A Partnership for National Unity/Alliance for Change’s (APNU/AFC’s) opposition members went through the estimates and grilled government officials on all of the various provisions under each ministry and sector.

Just after the passage of the Appropriation Bill and moments before the passage of the Fiscal Enactment Amendment Bill today, Senior Minister in the Office of the President with responsibility for Finance, Dr. Ashni Singh explained to the National Assembly that Bill No. 2 is intended to amend the legislation pertaining to the various tax statutes which required amendments for the purposes of giving effect to the measures included in Budget 2022.

“It would be recalled Sir that there are provisions in Budget 2022 that are intended for example to increase the income tax threshold. That measure was announced in the context of Budget 2022. It was ofcourse I believe adequately and abundantly ventilated during the course of the debate of the Budget. This Bill seeks to give legislative effect to that announcement. It similarly, Sir, seeks to give effect to other tax measures announced during the course of Budget 2022,” Dr. Singh added as he addressed the Speaker and the National Assembly. The Finance Minister then went on to list some of the tax measures including the measure to increase the income tax threshold.

During his presentation under the theme ‘Steadfast Against All Challenges, Resolute in Building our One Guyana’ on Budget Day, the Senior Finance Minister had indicated that this year’s Budget would be “historic” and “transformational.”

The finance minister in his speech to the National Assembly had emphasised too that this year’s budget ‘provides for massive investment in infrastructure that will change the face of Guyana forever, opening vast new tracts of land for productive purposes, establishing entire new communities while connecting others and making thousands of Guyanese homeowners for the very first time’.

“This Budget lays the basis for thousands of rewarding jobs to be created for Guyanese nationals, including by leveraging the local content opportunities that are now being created, and it provides for relevant training to ensure that the Guyanese workforce is suitably equipped,” he added.

Dr. Singh had further concluded that Budget 2022 ‘lays the cornerstone for a visible leap in the coverage and quality social services enjoyed by our Guyanese brothers and sisters, including and especially the most vulnerable’.

Budget 2022 is 44.3 percent larger than Budget 2021 and will include the first withdrawals (in the amount of $126.7 billion) to be made in keeping with the new and strengthened legislative framework governing the 2021 Natural Resources Fund (NRF) Act. This amount from the NRF will be transferred to the Consolidated Fund. Importantly, Budget 2022 is being financed without the introduction of any new taxes and without excessive borrowing.

Key measures in Budget 2022 include a strong focus on Local Content and Job Creation especially in keeping with the December 2021 Local Content Act passed in the National Assembly, support for renewal of the industrial and commercial transport fleet, Removal of 14 % VAT from cranes, safety equipment and oil spill response equipment, Removal of 2 percent withholding tax on resident contractors to reverse the punitive measures implemented by the previous Administration, Easing the Cost of Living through the extension of the application of the freight cost adjustment for the calculation of import taxes, a further excise tax rate reduction on gasoline and diesel from 20 percent to 10 percent, Support for the vulnerable through the introduction of a Dialysis Support Programme to finance treatment for dialysis patients, an increase in the monthly Public Assistance payment from $12,000 to $14,000, an increase in Old Age Pension from $25,000 to $28,000, increasing disposable income through a $25,000 ‘Because We Care’ cash grant for each child attending both private and public school and an increase in the monthly income tax threshold from $65,000 to $75,000. 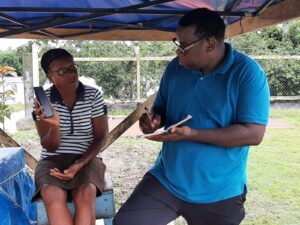 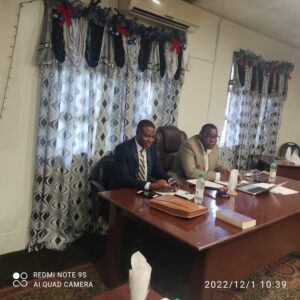